Help Others View Their Lives through the Lens of Scripture

“My life is on a completely different path and it’s all thanks to Fr. Mike, Jeff Cavins, and the Ascension team!”

From the listener who returned to confession after twenty years, to the former atheist who embraced God’s Word before he passed, we have heard countless stories of how The Bible in a Year (BIAY) has transformed lives.

We consider it our ongoing mission to continue bringing the Word of God to as many people as possible, and have received A LOT of requests for different translations of The Bible in a Year.

To that end, we are producing a Spanish version of BIAY— La Biblia en un Año!

It takes a significant investment to bring projects like The Bible in a Year and La Biblia en un Año free-of-cost to our listening community. Your gift of financial support helps defray those costs and enables us to continually provide new audiences with this life-changing content!

Please consider supporting Ascension Presents and The Bible in a Year mission!

The Bible in a Year — in Times Square!

We wanted to send an unmistakable message to a world that likes to pretend it has forgotten about God that our faith is not dead, that our Church is not irrelevant. Quite the opposite!

So we placed a billboard for The Bible in a Year in Times Square.

And it was up and visible during New Year’s Eve!

We believe that we are the first Catholic media or publishing company to EVER have a billboard in Times Square.

It was seen by millions of people from December 19th to January 6th, and we pray that it will continue to draw attention to this podcast, which has transformed the lives of so many.

If you would like to help defray the cost of this billboard, please consider supporting us. If we receive enough support, there are other large-scale advertising campaigns for the podcast we can consider running. 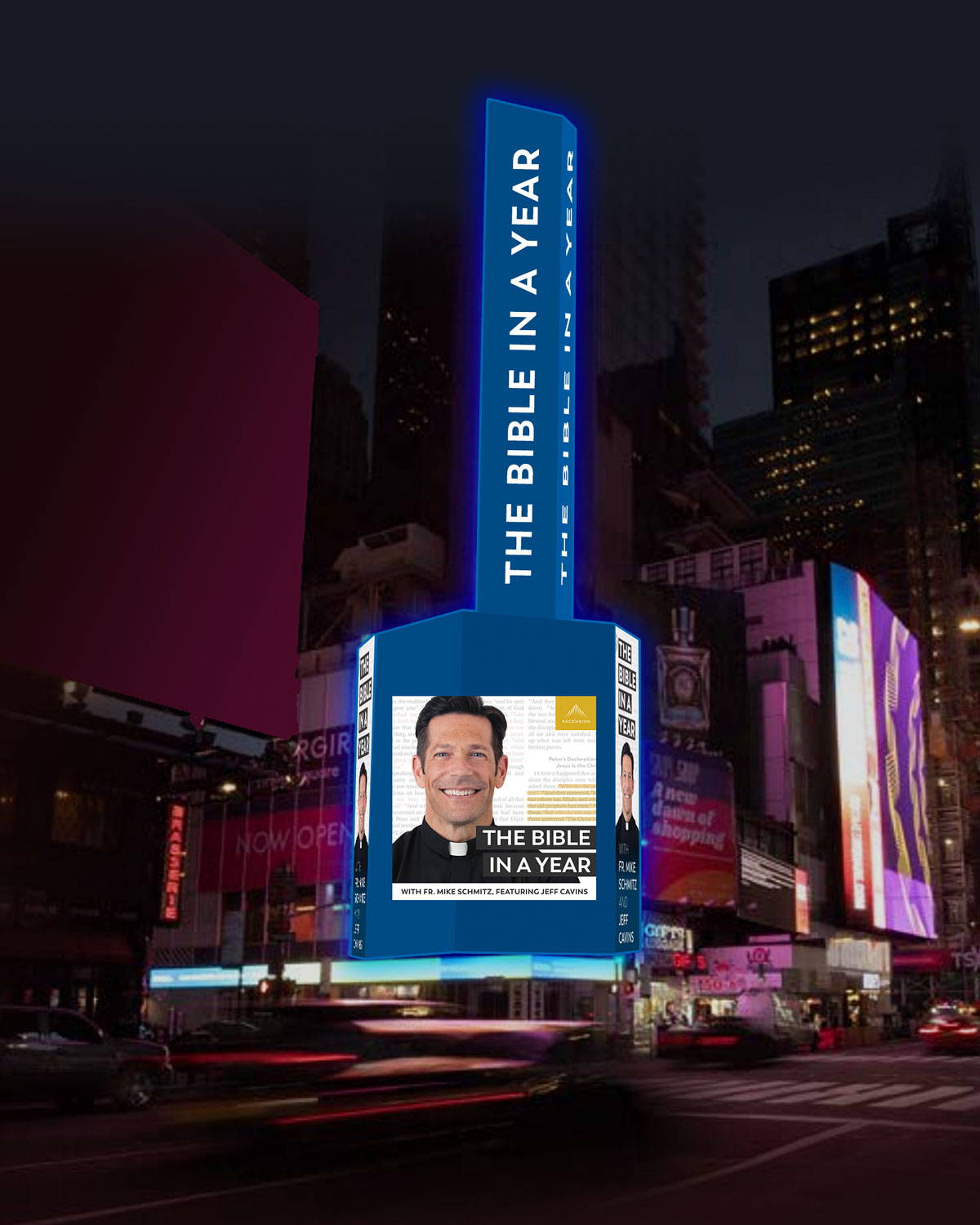 While Fr. Mike and Jeff are the voices you hear in the podcast, behind the scenes there is a dedicated team of Catholic professionals working hard to bring you The Bible in a Year. 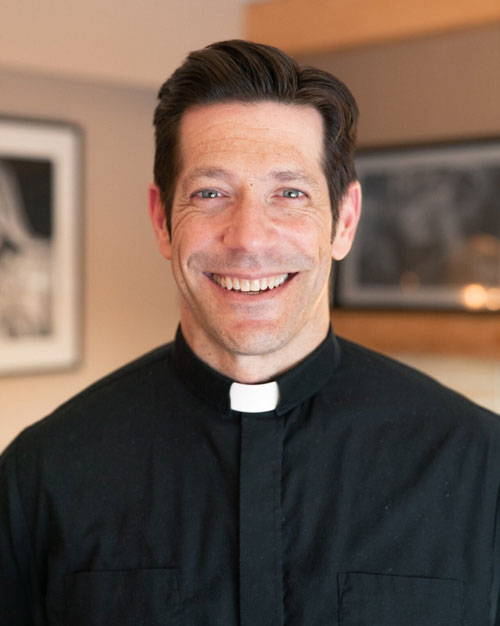 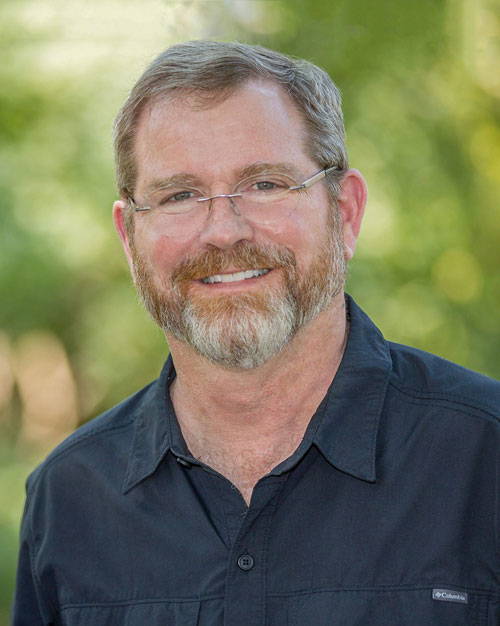 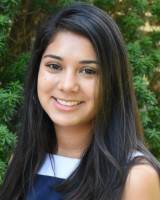 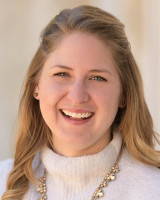 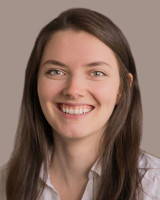 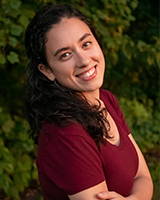 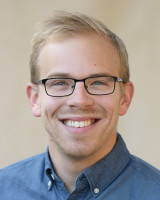 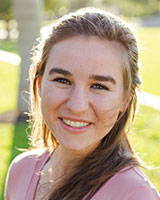 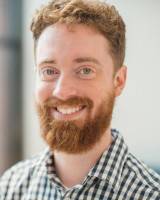 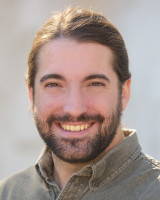 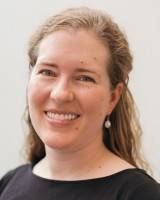 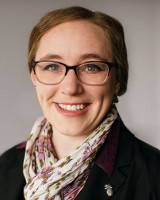 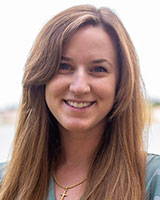 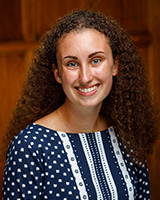 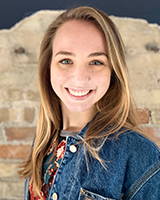 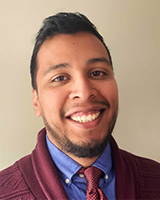 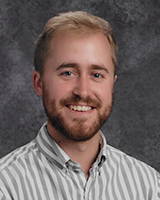 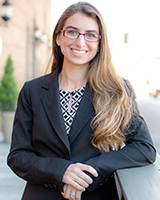 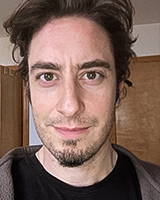 Awards for Bible in a Year 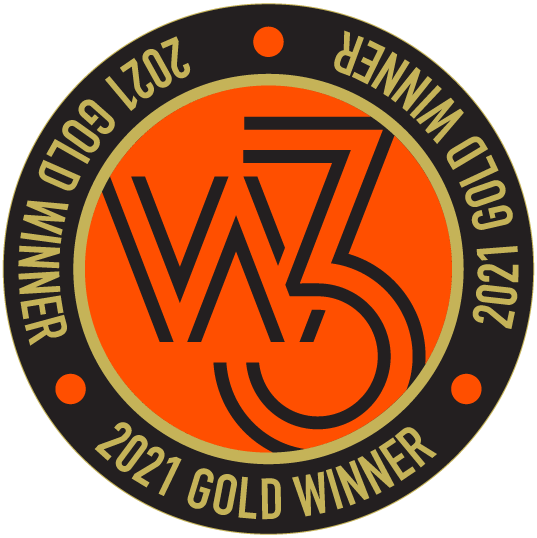 2021
Podcast Awards – #1 in Religion and Spirituality 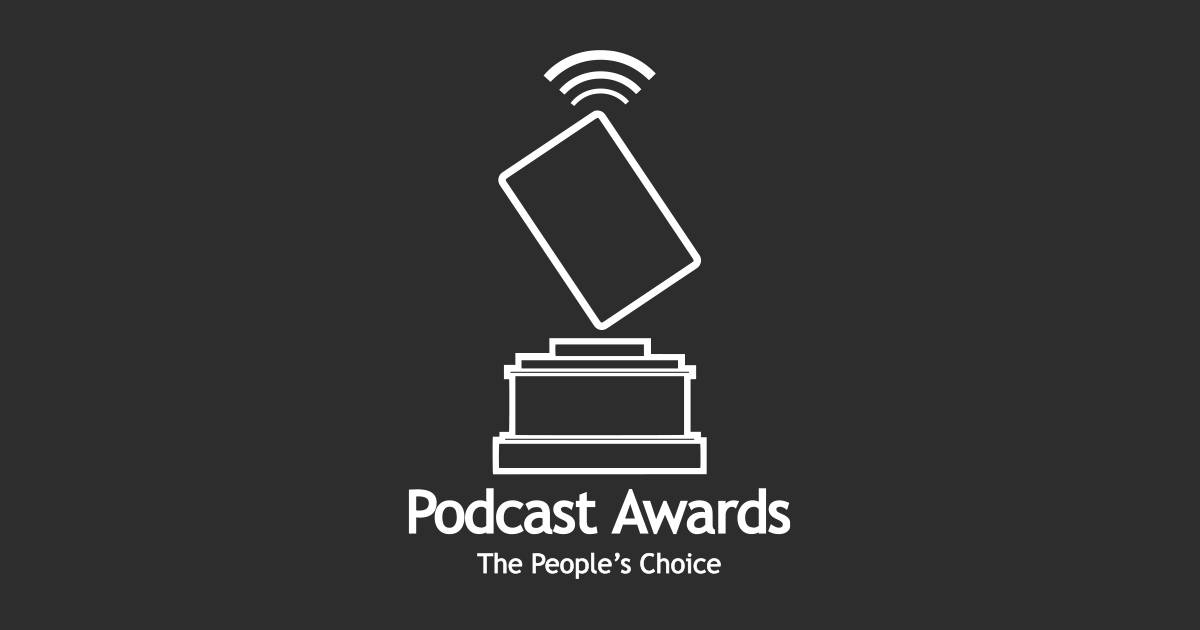 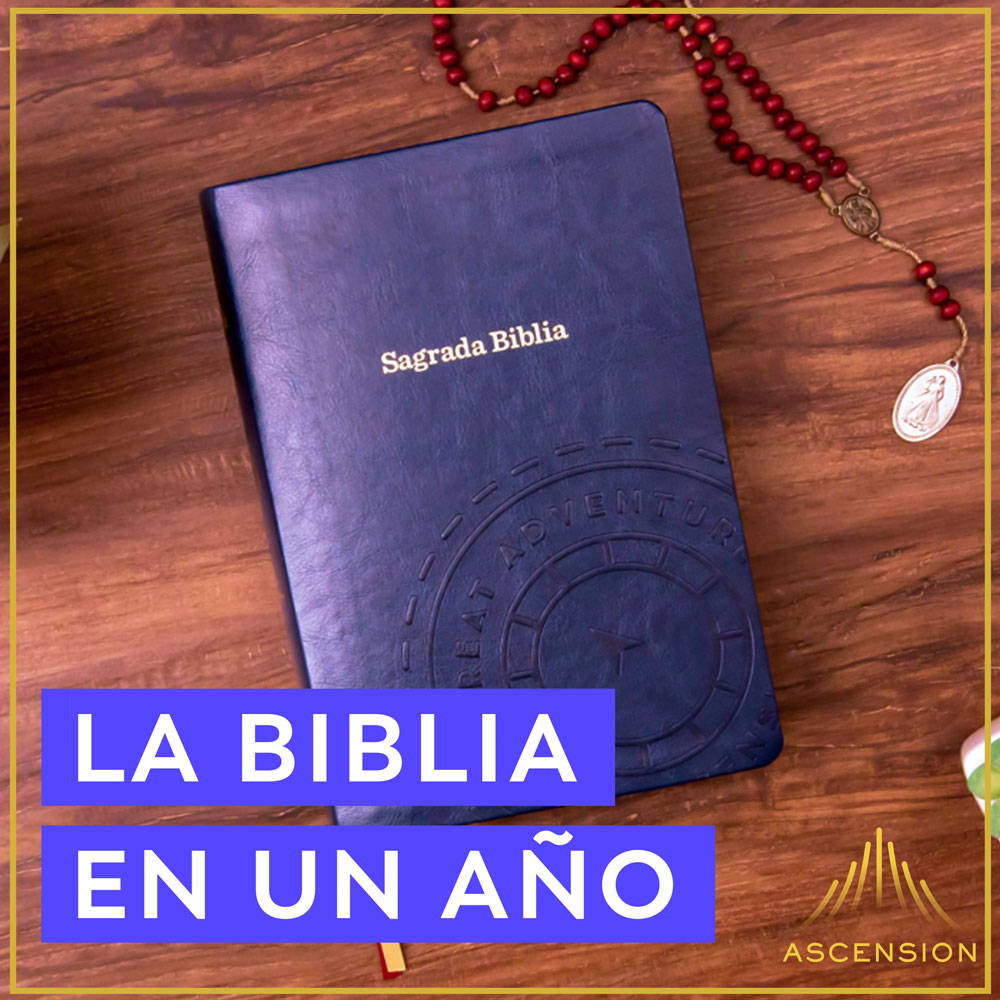 Bible in a Year Glory Stories

My husband, Phil, was an atheist when we met seventeen years ago. Over the years, he had softened his heart and was more open to accepting the Lord in his life. In January we started listening to BIAY and never missed a day. The change in my husband was extraordinary. We discussed the daily readings and he marveled at Fr Mike’s ability to read all of the names. On September 13th, Phil was admitted to the hospital. During his hospital stay, we continued listening to BIAY and prayed together. On September 29th, Phil passed away. Before he died, he asked me to let you know what a difference the BIAY made in his life.

My husband and I have been praying to conceive for almost three years, and I had almost given up hope. I heard Fr. Mike's prayers [in the podcast] for all those trying to conceive, but didn't think these meant much. Well, we are now expecting our first child! It's a miracle—and I am so thankful to Fr. Mike and the whole community for their prayers. Now, as we pray for the safety of our child, I find great comfort when Fr. Mike says, "I'm praying for you, please pray for each other.” Thank you for being a witness to the power of prayer.

Growing up Lutheran and attending vacation Bible school every summer, I felt very confident that I knew my Bible stories—or so I thought. [Through BIAY] I have been moved to tears, been angry with the romanticized stories, and felt lied to by my former faith leaders. This has been a challenging journey, but I wouldn’t change one second because it’s brought me closer to the heart of God and has led me to a place in my life I never thought I would be.

I was away from the Catholic Church for more than fourteen years. I married a Protestant man and we raised our children as Protestant Christians. But I missed my Catholic roots, and I started having doubts about my faith in Protestantism. I prayed to God for guidance, and I found the answer one day in January of this year when my husband told me we should listen to this podcast. We have been listening every day. This podcast has brought me back to the Catholic Church, and we have decided we want to raise our six children as Catholics. I would like to thank Father Mike for bringing me back to my Catholic Faith.

Every day of BIAY reveals something for me, and I look forward to what I will learn and feel next. My Protestant sister is doing BIAY with me, and she continues saying, “That's why the Catholic Church does that … I wonder why the Protestants don't do that ... I see now why the Eucharist is so important.” She is not ready to become Catholic, but she is questioning. We talk about how much we will miss this when the year is complete.

My husband passed away in April after a nine-month battle with pancreatic cancer. When BIAY started in January, we listened to it together every day at lunch. My husband just loved listening to Father Mike and did a pretty good imitation of his closing tag line. It gave me so much comfort to know a community was praying for us. Blessings and thanks!

It's been a difficult year so far for me and my husband as we both have had serious health issues. We have been faithfully listening to each episode of BIAY, although not always on each day. It has impacted both our lives in the way we are handling our situation with more patience, acceptance, and hopefully humility.

I am a regular BIAY listener, and I haven't missed an episode since Day 1. I am an orthodox Jew, both by birth and by choice. Thanks to Fr. Mike, I have become a messianic Jew. He is my “good shepherd.”

BIAY has changed everything for me! For years, I was a lapsed Catholic. I discovered BIAY in January and quickly felt like I wanted even more. Aside from listening to BIAY every day, I pray the Rosary daily and attend Mass every week. I even went to confession for the first time in more than twenty years. I started a Rosary club at my daughter’s school this year. My life is on a completely different path, and it is all thanks to Fr. Mike, Jeff Cavins, and the Ascension team!

Thank you Fr Mike and Ascension!!! The BIAY program has literally transformed—and even saved—my life. I have stopped abusing alcohol and am slowly mending my relationships. I have the BIAY program to thank for finally understanding that God loves me. In all the messes that I've created in my life, God still loves me. Wow.

Five years ago, I went through the RCIA program before my husband and I were married. I learned a lot about the Catholic Faith. I felt much closer to God and more committed to my faith than ever before. But I didn’t always understand why certain things are significant, including the Eucharist. My husband tried to explain its significance to me many times, but he couldn’t connect the pieces of the puzzle for me. On Day 100 of BIAY, all of this changed. Hearing the words of Jesus in the Gospel of John and having Father Mike explain why we know the body and blood of Christ lead to salvation opened my eyes to really understand and appreciate the Eucharist. How fitting that I listened to this episode as I was getting ready for Mass on Sunday and was able to enjoy the Eucharist with a new sense of hope and wonder!

BIAY has increased my hunger to know God and to draw closer to him daily. I am a cradle Catholic and had never read the Bible straight through. I have so much to learn, and I am OK with that, praise God! Starting my day with BIAY is a habit I plan on continuing for the rest of my life. I look forward to the new lessons—to the new insights I will gain and the new closeness to the Lord I will obtain during my year-long journey through the Bible. The words “thank you” are not sufficient to express the gratitude I have in my heart for Ascension, Fr. Mike, Jeff Cavins, and everyone working behind the scenes to bring BIAY to us, but they are what I have. So, thank you!! I am praying for you! Please continue to pray for me.

This BIAY podcast has been a lifesaver. I love the way it is presented, with the discussion and prayer after the reading. I literally feel surrounded by an invisible, praying family. As a single working mother of two children, one with special needs, I get to listen to the Word daily and it refreshes, teaches and inspires me as I do chores and prepare for work. I listen when the girls are asleep. I appreciate you all very much.

I live in a resident care facility outside of Chicago. I have MS and hearing God's words in BIAY has made my days so much enjoyable.

I began the BIAY podcast when I was spiraling down and losing hope. The timing couldn’t have been more perfect. With each episode, I am reminded of God’s love, mercy, and grace. Also, I am reminded that God is always with me—and he will always fight for me. I just have to stand firm in faith. This podcast is a blessing. Thank you so so so much! God bless!

I had shut the Word of God when our granddaughter passed away in 2014. I then returned to the Catholic Faith in 2015, but I still couldn’t open the Bible. We lost another grandchild in 2019, and I vowed I would pursue the joy of the Lord instead of going down into the abyss of depression and hopelessness. The BIAY has given me a secure confidence in God's mercy and faithfulness to heal the great family fracture those deaths have caused. His Word is an anchor to my soul.

Added to your cart:

Subtotal (Discounts are applied at checkout)